What is type 1 diabetes mellitus?

Type 1 Diabetes Mellitus results when the pancreas, an organ that is responsible for secreting digestive enzymes into the small intestine, fails to produce enough insulin leading to an elevated blood glucose level. Insulin is an important enzyme specifically in Beta cells of the pancreas and is in charge of regulating blood glucose levels. Secretion of insulin after consumption of food triggers the liver, muscle cells and fat cells to store glucose from the blood for energy. In addition, this process prevents glucose from accumulating in the blood stream leading to hyperglycemia that has detrimental effects such as heart disease and nerve neuropathy.

The mechanism by which the pancreatic beta cells are selectively destroyed is still unknown. However, studies have postulated that it is multifactorial in origin such as environmental triggers that interact with genetic susceptibility factors. After the destruction of the beta cells, inflammation abates and the cells become atrophic.  On the other hand, this spares the non-insulin producing cells of the pancreas, such as the alpha cells and delta cells.

Signs and symptoms of type 1 Diabetes Mellitus most commonly occur acutely but may also be insidious in nature.

Complications of type 1 Diabetes Mellitus results from the persistent elevated levels of blood glucose. Over time, this can damage several organs and nerves in the body. The following are the complications: 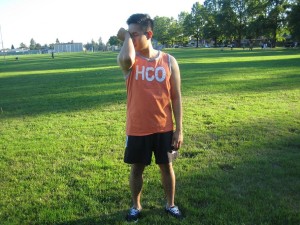 Type 1 Diabetes Mellitus may eventually lead to loss of vision

The management of type 1 Diabetes Mellitus primarily revolves around the exogenous addition of insulin into the body. Generally, the goal is to maintain blood glucose level to as normal as possible in order to avoid the abovementioned complications. Different kinds of insulin are as follows:

Other lifestyle modifications are also beneficial such as the following:

Type 1 Diabetes Mellitus, formerly known as insulin dependent diabetes or juvenile diabetes, is a common metabolic disorder that has the primary characteristic of having an elevated blood glucose level or hyperglycemia.

Let us know if you liked the post. That’s the only way we can improve.
hyperglycemia insulin dependent diabetes juvenile diabetes Type 1 Diabetes Mellitus 2015-07-05
Mikha Canon