Diaper rash is basically a common skin irritation that normally occurs among babies. It usually affects children below two years old and most children suffer from it at least once before they are toilet trained. Diaper rash is also called diaper dermatitis that causes redness and burning sensation on parts of the skin in contact as well as rubbing against the diaper. 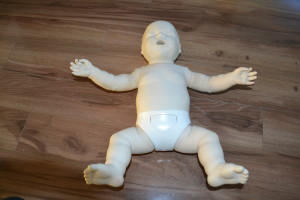 Infants and toddlers are prone to diaper rash

Diaper rash occurs once the baby sits on a soiled diaper for an extended period. If diarrhea is present, it will worsen the problem. In some cases, a child will initially experience diaper rash when starting to eat solid food or currently taking antibiotics.

Always remember that babies soil their diapers every three to four hours, thus it is important to change them regularly. Due to the acidic nature of human waste, it allows yeast and bacteria to flourish. As a result, it will lead to the irritation of the skin. Sometimes, diapers that are too tight or do not properly fit can lead to chafing of the skin. Even the chemicals present on detergents and other products that get in contact with the skin of the baby as well as the diapers can cause irritation.

Who is at risk for diaper rash?

Babies who are breast-fed are at low risk for diaper rash due to the diminished acidity in their diets. Infants as well as toddlers who use diapers can suffer from diaper rash. The highest risk is babies who are three months up to a year old. Sometimes, diaper rash can be passed from one infant to another.

If diaper rash is suspected, the skin appears red in color and irritated. The affected skin is also warm to the touch. Parents should consult a doctor if the bright red rash lasts longer than 2 days or accompanied with a strong odor of urine since this can indicate dehydration. It is also best to seek medical care if the rashes form blisters or become weepy or if the baby develops a fever.

How a diaper rash is diagnosed

Diaper rash is a common condition. Majority of individuals who care for children already know once they see it. In some cases, it is still best to call a doctor so that the appropriate prescriptions and other baby products can be recommended. Take note that diaper rash due to yeast infection would require antibiotics.

Topical creams and ointments that are commonly used to treat diaper rash include:

Diaper rash can be treated with over-the-counter medications and first aid measures at home. The best prevention is also the ideal cure – regular diaper changes.

Diaper rash usually clears up on its own with the help of home remedies in just a day or two. If the condition does not clear, it is best to call a doctor.