Dyspepsia is actually a vague feeling discomfort in the upper abdomen or chest that usually occurs during or right after eating. At times, it is defined as a heat, burning or painful feeling in the region between the lower part of the sternum (breastbone) and the navel (bellybutton). At other times, it is described as a feeling of uncomfortable fullness that occurs at the beginning of the meal or upon finishing. Dyspepsia is also called indigestion or upset stomach. 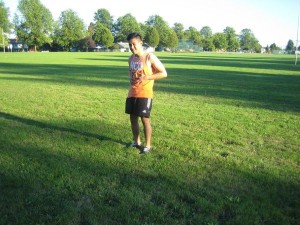 Dyspepsia should not be confused with heartburn or acid reflux. Heartburn is the painful burning feeling in the throat or chest as a result of acid reflux to the oesophagus. Dyspepsia is not typically a sign for an underlying health problem, unless it occurs in combination with other symptoms such as sudden weight loss or difficulty swallowing. It is, in fact, one of the most common intestinal ailments with an estimated fifth of the population experiencing symptoms for this.

Symptoms of heart attack are often attributed as dyspepsia. Heart attack is a completely different situation that is considered a medical emergency. To learn how to recognize symptoms of and effectively manage heart attack victims, enrol in CPR courses with workplace approved training.

Indigestion occurs because of the contact between the stomach acid and the sensitive protective mucosal lining of the digestive system. Upon contact, the mucosa is irritated and becomes inflamed causing the symptoms of dyspepsia. Most cases of dyspepsia are due to eating or drinking particular foods, however, there are also other causes:

What are the Symptoms of Dyspepsia?

As previously mentioned, dyspepsia is a vague feeling, thus symptoms may slightly vary from person to person. The common symptoms include:

How is First Aid Administered in cases of Dyspepsia?

The following may be done to apply first aid for dyspepsia discomfort:

How Can Dyspepsia be prevented?

As a chronic disease, dyspepsia may occur periodically and may be manifest more often in some days whereas it does not show in others. The tips can help avoid symptoms of dyspepsia from occurring:

Although dyspepsia is not a medical emergency, it may prove to be uncomfortable to an individual. To learn how to manage dyspepsia and other digestive problems, join in First Aid Courses.