One of the most important aspects of childcare first aid is learning about non-prescription medications for children. This is because children have underdeveloped bodily systems which means that they are very sensitive to adverse reactions and complications which can be caused by inappropriate or improper medication administration. This is also the time wherein allergies are still being discovered by parents, guardians and healthcare providers. Here are some of the common non-prescription medications for children that rescuers should know. 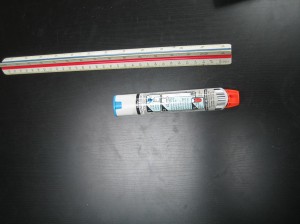 Antihistamines are the go-to medications for allergies since these can effectively suppress the release of histamines which are the main causes of allergic reactions. These medications can cure coughs, colds and skin rashes as long as they are caused by allergies instead of being caused by viral infections and other medical conditions such as asthma. Antihistamines usually cause sleepiness and dizziness which rescuers should automatically anticipate after administration. This means that children should be laid on a flat surface, preferably on a flat surface in order to minimize the likelihood of falls.

For insistent coughing and sneezing which are not caused by allergies, rescuers or parents can administer cough and cold medicines. Considering that there are many types of cough medications, parents and rescuers should consider the characteristics of the child’s cough. If it is accompanied by yellow-green phlegm or if it is productive, then the child should be brought to the hospital so that antibiotics can be prescribed by a physician. Hyperactivity and sleeplessness is one of the most common side effects of these medications which makes children more prone to self-inflicted injuries. This is why children should be carefully monitored after administration.

Diarrhea is a common problem among children since they have an underdeveloped digestive system which can cause mild diarrhea and other stomach problems. However, this condition can easily be treated with antidiarrhoeal medications which can also prevent further health complications such as dehydration. Most of the time, these medications come in suppository forms for easy absorption. Parents and rescuers should be careful when inserting the medication into the child’s body to avoid accidents.

By taking childcare first aid classes, rescuers can learn how to administer these medications properly and what medications they should avoid in order to prevent adverse reactions which can put the lives of the patients in danger. This is why first aid classes is also beneficial for parents who want to ensure the safety of their children.

Let us know if you liked the post. That’s the only way we can improve.
childcare first aid 2014-02-20
finzy